Very rarely does one sight a leopard out in the open the first thing in the morning. Not only did we sight Pretty Girl but we soon realized she was hungry and looking for a kill. She had 2 big cubs who were unfortunately not old enough to hunt on their own.

The gorgeous sight of this magnificent cat, a few metres away from our vehicle, stopped us in our tracks. After scanning the area for a while, she decided to try her luck on the other side of the river. We too moved away and positioned ourselves on the other side.

Watching a leopard preparing for a kill is a hair raising experience. Not for anything is it one of the stealthiest predators. Unlike lions, it does not hunt in a pride. Unlike a cheetah, it does not chase its prey at supersonic speed. It mainly depends on its stalking and ambushing skills. I will let the pictures speak for themselves….

We had read about the amazing jungle radar system that protects the herbivores. The zebras have an acute sense of smell. The Thomson’s gazelles have a good ear. The baboons and monkeys send warning calls when they spot a predator. The hamerkops and rollers act like drones and send distress calls when they spot a leopard – they hate the cat as it eats their eggs. But what we did not know was how they boldly challenge their predator after spotting it!

Fortunately for the gazelle, the leopard was spotted and it started to walk away dejectedly towards the bush across the plains. And then the drama unfolded. The little gazelle alerted its mates, who followed it at a distance, and then started charging towards the leopard. We thought that this foolishness will cost the Tommy dearly but the little fellow darted across the leopard and called out to the Topi herd, who came charging at her too. Then the impalas came running. In the midst of all this, a lone buffalo stopped grazing and started to walk menacingly at Pretty Girl. 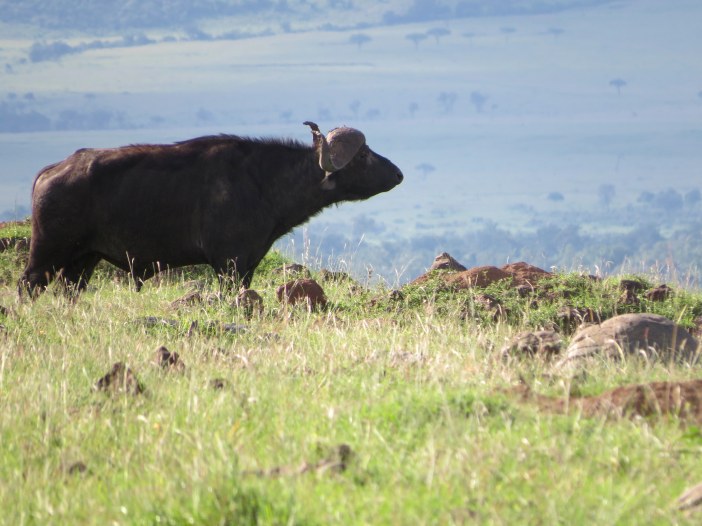 The way the cat scampered away for cover is a sight I will never forget. A huge group of herbivores converging on their predator who slunk away for cover. What an unbelievable show of might. What an amazing show of solidarity. My hand raised an invisible salute. And the leader of the pack was the little Tommy who was about to be devoured. The anger, the arrogance and the challenge by that little fellow was awe inspiring. 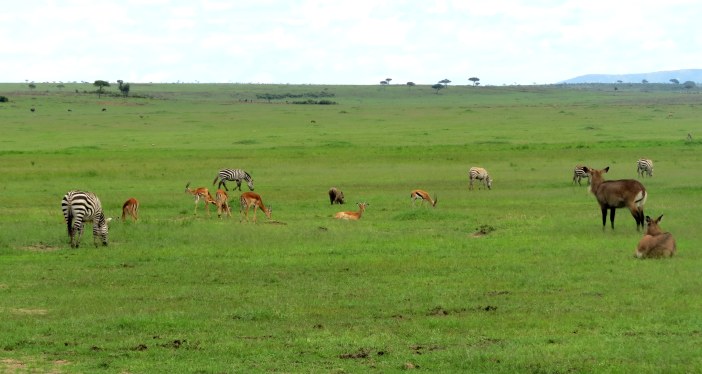 And I could not help but think of the war-ravaged and beleagured people of the world, especially the Middle East. Could they have triumphed if they could show similar solidarity?

20 thoughts on “A Lesson in Solidarity”